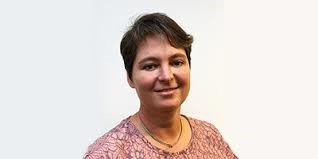 Berit began her career as a trainee at Uni-Safe Electronics in 1994. She was the second employee to be hired and soon she became a part of a growing company specializing in salinometers. During the next decade Uni-Safe expanded with a wider range of marine products and more colleagues, where Berit, among other tasks, was certified in servicing Jotron EPIRBS. In the same period, she undertook extra responsibilities within procurement, sales and HR.

Berit was also widely involved in the design, development and production of the BNWAS (Bridge Navigational Watch Alarm System). Both the BW700 and BW800 became great successes and one of the major achievements during her time at Uni-Safe Electronics. Uni-Safe Electronics was appointed the prestigious Gazelle Award twice in the same period and became one of the leading BNWAS suppliers globally.

In 2009 Berit was appointed General Manager of Uni-Safe Electronics as Torben F. Thorsen decided to retire. In 2012 Danish marine company Daniamant acquired Uni-Safe Electronics and the company changed name to Daniamant Electronics. Much of the transition was handled by Berit and she was successful in merging both staff, products and systems. Today we see Daniamant A/S as one company, with all products under one team, headed by Berit. Over these 25 years Berit has been deeply involved in representing Uni-Safe Electronics and Daniamant at major marine fairs and shows around the world. Many of these at the Danish Pavilions organized by the Danish Export Association.  For the last 6 years she has been a respected member of the Board of Council for Danish Export Association Marine Group.

“I first met Berit in 2011 when Daniamant was looking to acquire Uni-safe Electronics. Despite the acquisition process and intense questioning, my notes state back then that “Berit was cooperative and accommodating and had great product knowledge”.  She had a clear understanding of her Customers requirements and a close relationship with them that was built up over many years based on trust – this is something she still excels at today. Berit is strong character and not afraid to speak her mind, which I like…sometimes! but she operates in a friendly manner and is always smiling despite the challenges around her.

She is well respected by her peers and has survived in a very tough industry for all these years. Her previous boss and mentor, Torben obviously saw something in Berit all those years ago and Daniamant have benefited since acquiring Uni-Safe.  Berit has achieved a great deal in her 25 years and I hope she will achieve much more in the years to come and grow further within Daniamant, both the business and personally.”