Daniamant in Denmark was founded in 1975, importing diamond tools for the building industry. It was 10 years later in 1985 that Daniamant first developed an IMO approved Lifejacket Light. In the same year Daniamant developed an approved Liferaft Lighting system. The business developed rapidly and when in 1991, IMO regulations were tightened to make lifejacket lights compulsory in vessels undertaking long voyages, Daniamant was in an ideal position to respond. The business developed steadily during the 1990’s and in 1998 was further boosted when IMO legislated for lifejacket lights on all SOLAS vessels, including ferries.

In 2005, Arne Gillin, together with Dansk Generationsskifte Kapital bought into the Company, starting a new wave of expansion. In 2006 Daniamant acquired the Survivor Location Lights division from McMurdo Ltd in the UK and in 2007 Daniamant acquired the Lifebuoy Lights business from Comet GmbH.  In 2010, NTR Holding A/S of Denmark acquired Daniamant Holdings A/S with the intention to continue to strengthen Daniamant’s position in the world market through organic growth and through acquisitions.

McMurdo Ltd was acquired by The Chemring Group in 1994 and further growth and expansion occurred. However, in 2005, The Chemring Group decided to refocus on its core Military and Pyrotechnic business and the decision was taken to dispose of “non-core” businesses and accordingly McMurdo Ltd was put up for sale.  In June 2006, the McMurdo Survivor Location Lights business was sold to Daniamant ApS in Denmark and on the 1st July 2006, a new Company called Daniamant Ltd commenced trading for the first time.

The new Company was initially based within the existing McMurdo premises at Silver Point in Portsmouth, but on the 30th October 2006 was moved to a new location at The Admiral Park in Portsmouth, thus beginning a new chapter in the development of the Company. In October 2014, Daniamant was proud to announce the acquisition of the assets from Odeo Flare Ltd. The exciting Odeo Flare™ electronic Visual Distress Signals (eVDS) products take Daniamant more directly into the World-Wide Leisure market. More recently in January 2016 Daniamant acquired Jotron’s lifeboat and lifebuoy light business to further supplement its product range.

Daniamant Ltd proudly hold all necessary approvals for the Company and products, including ISO 9001, MED, SOLAS, ATEX, IECEx and a number of International approvals.

In 2012 Daniamant acquired Uni-Safe Electronics. The company, now named Daniamant Electronics, was founded by Torben F. Thorsen in 1993 and continues to develop BNWAS Bridge Navigational Watch Alarm Systems and Salinometers used for freshwater generators. Daniamant Electronics export a wide range of different products within safety equipment and electronic communication systems to more than 40 countries worldwide. The company has been appointed as a ‘Gazelle Company’ (dynamic company experiencing fast growth) in year 2000 and 2008.

In December 2013, Daniamant Electronics moved into the Daniamant ApS facility at Slangerup, just outside Copenhagen. In 2017 the acquisition of the assets from EchoPilot Ltd were completed giving Daniamant a forward-looking sonar range to add to its product portfolio and start to grow into a different segment of the marine market. This patented 3D forward looking sonar software is an exciting addition to Daniamant’s product offering.

In 2017 Daniamant realigned its product range under three key areas to ensure understanding of its range in the market. 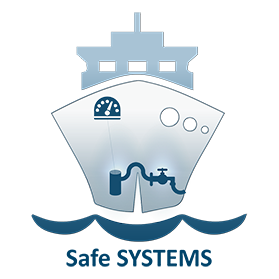 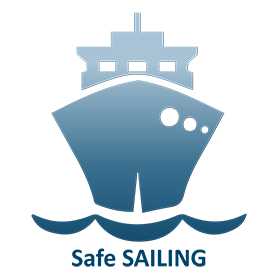 Each product now falls under a specific “Be Safe” sub category allowing for focus, performance, strategy and growth of each range.

To further streamline the business and improve efficiency the three Danish entities; Daniamant Holding A/S, Daniamant ApS and Daniamant Electronics A/S were merged under a new single organisation; Daniamant A/S. With one management team to focus on moving the company forward.

Now together, Daniamant is facing the future as daughter company within Ernströmgruppen’s (www.ernstromgruppen.com) as member of the group’s marine activities. The Company is well placed to grow further organically, by exploiting key opportunities in all sectors. Further opportunities for growth by acquisition will also be actively exploited.

Daniamant is proud of it’s past, but excited about the future.